You are here:
Plastic injection molding 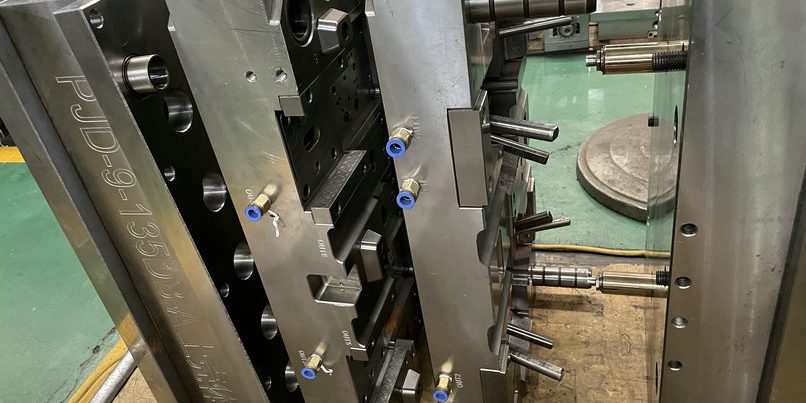 Thermoplastic injection molding uses thermoplastic polymer, meaning it changes to a liquid state when heated. Unlike thermoset plastics that cool into a permanent solid, thermoplastics can be remitted into a liquid after cooling into a solid.

Overmolding, or two-shot molding, is a process that covers an injection mold over another substance. Such as metal, to improve the performance or durability of a product. A rubber-like compound, called thermoplastic elastomer (TPE), is a commonly used overmold material. An example of a TPE overmold application is the handle grips on a toothbrush.  Overmolds can also be used to seal products with parts made from several injection molds.

Like overmolding, insert molding is an injection molding process that combines two or more components into a single finished product. Insert injection molding inserts a component into the injection mold cavity and plastic material is filled around the insert. Inserts can add strength to a product and eliminate the need for additional parts to reduce the product weight.

There are generally two different types of injection molds known as the cold runner and the hot runner. The runner is a fundamental part of the mold which allows the plastic material to travel from the barrel of the injection molding machine onto its target location. As the name suggests, both different types of plastic molding use opposite temperatures to create plastic parts and each cycle use a single runner for each plastic part produced.

In a cold runner mold, the molding process uses cold temperature to cool the runner and so it will be ejected along with the plastic part. Each cycle, a runner and the plastic part are ejected out of the mold. The biggest con to this injection mold design is the number of wastes generated out of each cycle and that very delicate shapes are not possible sometimes. If the mold is too thin, the plastic material might simply cool off before getting there.

Most of the time, the runners are simply disposed of unless the plastic molding company finds a way to reground or reprocess the runner with the plastic material. But then again, the entire manufacturing process becomes much lengthier as another process is added to it. The regrinding process will also alter the physical properties of the plastic part produced which could end up as a different variation from its original design.

For most electronics product cases and other simple products that involve ABS, PP, or similar, this method is usually chosen due to its affordability. Types of Cold Runner Molds:

The two-plate cold runner is the most basic type of plastic molding. It is named as such because the mold splits into two halves out of a single parting plane. The runner is placed on the parting plane which means the plastic part is only gated around its perimeter.

Because hot runner molding does not require the use of runners. Potential waste material is reduced and the recycling and regrind and process of virgin plastic do not impact the total run cycle time.

From the Same Category